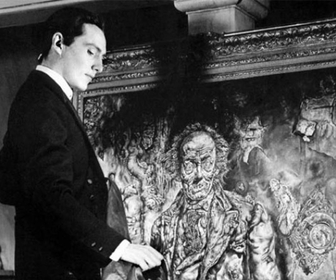 Sorry, I don’t want to see what I’ll look when I’m old.

I made the mistake of finding out what I’d look like as a man, and the answer is disturbingly a lot like the character of Leonard from The Big Bang Theory if Leonard was a hipster in a man-bun. So as people are racing to see themselves aged by AI, I just don’t care to partake. But then again, I also don’t want to know which Stranger Things kid I am or which house I would live in at Hogwarts thanks to the digital sorting hat (come on… I’d probably be in Slytherin… who are we kidding).

But FaceApp HAS been downloaded by millions with a recent Forbes article estimating that the Russian-owned app now has rights to over 150 million people’s faces and names. The minute a user shares their “old face,” their photo can be used in all media formats and channels now known or later developed, without compensation. In fact, according to FaceApp’s publicly posted Terms of Use, “when you post or otherwise share User Content on or through our Services, you understand that your User Content and any associated information (such as your [username], location or profile photo) will be visible to the public.”

In other words… YOU DID THIS TO YOURSELF!

But do users really get that? Judging from the Twit-da-monium that has broken out in the wake of a developer urging people to beware, headlines have been warning of the security risk and peril the app represents a la Cambridge Analytica circa 2016.

Yet time and time again, despite the warnings and despite the clear memory people have in the wake of Cambridge Analytica (i.e. that company used the behavioral data I agreed to provide when I opted in for the fun quiz I took on Facebook to track if I would be susceptible to propaganda from a presidential candidate I did not want to vote for? WHAT???), everyone keeps checking boxes and asking questions much much later.

Some brands have had hysterical responses to opt-in-remorse and fineprintitis. A teacher won $100,000 USD when she read the fine print of a travel insurance policy that offered a reward to the first person who emailed in about the award, a campaign the company dreamed up to showcase the importance of reading all of the words in an entire document… even the really little ones. GameStation in the UK inserted opt-in language on April Fool’s day in which customers were actually agreeing to turn over the never-ending perpetual rights to their soul. They literally sold their souls to the GameStation devil.

This month I’m challenging us, as an industry, to rethink how we approach the fine print in the age of the Trust Economy. In 2006, a World Bank economist proposed that trust could be quantified, and it was worth $12.4 trillion dollars per year globally… in 2006… which today would be about $15.3 trillion. If trust is our new currency, is our utilization of fine print we know nobody reads or fully understands considered fraud? Is it our responsibility to eliminate fraud in order to secure our trust-based currency, or is the gambit here to get away with as much as possible in order to create an inequity in the data to trust-currency exchange rate?

I believe, that in the end, it is our responsibility to err on the side of transparency when it comes to this exchange. Our customers deserve to have our terms explained to them simply and clearly. We have been forced to do it across the EU thanks to the enforcement of GDPR, and soon, for businesses that operate in California, clarity in language that allows a consumer to quickly and easily manage and opt-out of any sharing, making the sale or other utilization or distribution of customer data illegal without express consent, will be a regulated mandate. But beyond the legislative mandates, we marketers have a responsibility to our customers to uphold this commitment to clarity and transparency.

As we continue down the path of CX in the age of Trust, we must consider what the impact of a trust violation will have on the business and the brand reputation. This is about more than securing data… it is about securing trust. And trust is a $15.3 billion-dollar currency we simply cannot afford to waste or disregard.