Bias and the Unshakable BS Detector 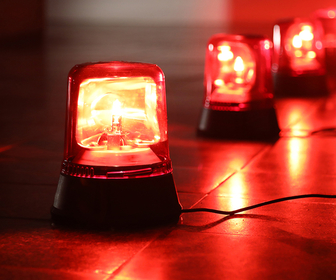 There is a subtlety to bias. It isn’t always cloaked in red with arrows lifting it from the crowd. Sometimes bias is so shrouded and ingrained in our actions even the most “woke” among us misses the flaw. Take the announcement by NBC News, a media outlet often charted as being “left leaning,” for the 2020 Democratic Debates that will kick off in June 2019. In a field of dozens of candidates and a 10-person per-stage ticket over two nights, the primary graphics and images are all of two white men duking it out for supremacy… even as multiple women are surging forward in polling and popularity. Bias. Not intended. Just delivered.

Bias is an especially hot topic in Marketing today because, fundamentally, our jobs have exploited bias to shape and change behavior. Yes, that sounds horrible. We specialize in bias. But it is none the less our uncomfortable truth. Since the dawn of advertising’s first flyer tacked to a wall, marketers have identified key words and phrases that prey on soft spots and triggers that shift thinking and make buying or abandoning a product feel easy and organic.

We don’t talk about it in terms of bias. We talk about it in terms of influence and sway. If we remind a prospect that there is no risk in adopting a new and untested product because of a 30-day-free trial, we are intentionally exploiting the human desire to eliminate risk and danger. There is a purpose and intention to calling something “risk-free”… we know it… we just don’t like calling it “exploiting a bias.”

Our comfort (and skill) with weaponizing bias in the name of profitability has led us to an interesting crossroads in an age of technology and data. A panel at Cannes, hosted by Weber Shandwick and AdAge included one of the authors of IBM Watson’s guide to “Everyday Ethics in AI,” a document that says, “As humans are inherently vulnerable to biases, and are responsible for building AI, there are chances for human bias to be embedded in the systems we create. It is the role of a responsible team to minimize algorithmic bias through ongoing research and data collection which is representative of a diverse population.”

The guide goes on to point out IBM’s own stance on the matter:

“By progressing new ethical frameworks for AI and thinking critically about the quality of our datasets and how humans perceive and work with AI, we can accelerate the [AI] field in a way that will benefit everyone. IBM believes that [AI] actually holds the keys to mitigating bias out of AI systems – and offers an unprecedented opportunity to shed light on the existing biases we hold as humans.”

The guide also includes a terrific list of common biases that many “knowledge workers can sometimes overlook” or not be aware of.

Every word of the guide is intentionally selected based on bias, even if IBM doesn’t care to admit it. And that’s totally OK. It is OK that the phrase, “The average knowledge worker is unaware of the many different types of biases” is rife with bias. It intends to first establish that the individual reading the document is smart with a kind ego boost and moniker… hence the utilization of “knowledge.” It then takes that group and frames group inclusion, reinforcing that this smart worker is not alone. It is an exceptional blend of ingroup bias with a dash of self-serving bias.

I also can’t help but point out that a PR firm with an exceptional track record of shaping realities and perceptions was hosting a discussion on bias at a boondoggle purpose-built to celebrate an industry’s ability to leverage bias creatively. But we can discuss Cannes later.

While today’s headlines and panels are aiming squarely on the forms of bias that absolutely must be acknowledged and eliminated – race, gender, religion, socioeconomic, etc. – we as Marketers also need to stand up and take some ownership of the use of bias. We need to acknowledge that we often make intentional decisions to weaponize bias at our convenience. We need to ask if we are going to continue… and if the answer is yes… then we need to own it. We can’t take to sun-soaked beaches in the South of France and feign shock and horror when bias is identified and called to the mat.

My call here is to accept our role in the beast called bias. To accept that we DO use bias intentionally… and will likely continue to do so. But to also embrace the responsibility to draw clear and unshakable lines of where that bias stops being “strategic” and starts to degrade communications, dismantle kindness and erode equality.

We need to define our guiderails and we need to stick to them. Bias is not always a bad thing. Denial and ignorance is. Bias has long been our stock in trade. Discrimination, racism and harmful exclusion should not have a place or a voice in, around or near our trade.