Why Brands Need to Speak Up 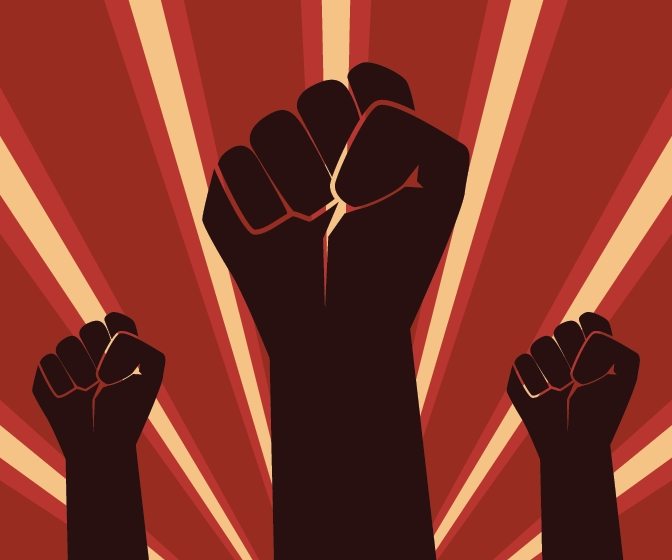 “We must dismantle white supremacy,” wrote Ben & Jerry’s on its homepage last week. “Silence is not an option.”

The founders of the famous ice cream brand have a history of speaking out against systemic racism, most notably when they were arrested during the "Democracy Awakening" protest at the U.S. Capitol in 2016.

Were these the right things to do? Absolutely.

“At this point, there is a negative connotation that surrounds silence, whether it’s at the corporate level, your leadership team, or individually,” says Theresa M. Robinson, founder of Master Trainer TMR & Associates. “When companies take the stance of what they’ll gain by taking a stand, rather than worrying about what they’ll lose, they’ll tap into a customer base they never knew they had. Put the people first and profits will follow.”

If you’ve been anywhere near the news or social media, you’re well aware that the murder of George Floyd was a catalyst for protests all over the world against racism and police brutality in the United States.

Brands are expected to say something yet struggle with the right words and actions. Many keep quiet out of fear they’ll say the wrong thing. Others, like the National Football League, miss the mark entirely. Social networks are full of half-hearted #BLM corporate public messages, and those just aren’t going to cut it anymore.

I had the honor of chatting with Robinson and Julie Lynch, principal of Uncommon Consulting, two remarkable women who have dedicated their lives to creating inclusive corporate cultures and helping business leaders be the best employers they can be. We talked about how brands should respond, what not to do and what they want to see more of as it relates to diversity and inclusion.

They both agreed on this point: Brands have the privilege of influence, and thus a brand leader has a responsibility to use their platform to amplify the voices of those who represent the causes that matter. As daunting as it may be, silence isn’t an option.

Now more than ever, customers are paying attention to where they spend their dollars. With the highest unemployment rate in generations, a virus shutting the world down and a spiraling economy, customers are more strategic and intentional with their purchases. They’re not going to support organizations that don’t align with their values.

Moreover, brands tempt consumer ire when they embrace positions that are at odds with the brand’s public voice.

The most obvious example of this is the NFL. “The NFL is in the business of not fumbling, but they sure fumbled this,” Robinson says.

This month, the organization publicly announced its support of Black Lives Matter and condemned racism and the systematic oppression of Black people. Commissioner Roger Goodell admitted the league was “wrong for not listening to NFL players earlier.”

But his words will best be remembered for their silence, that is, what he didn’t say. Goodell failed to mention Colin Kaepernick, the quarterback who knelt during the national anthem to call attention to racial injustice and, consequently, wasn’t offered a contract by another team. The NFL chose not to take a stand against racism. Turning around and declaring support for Black Lives Matter this month sounds hypocritical.

“Organizations, like white people, have opportunities every day to stand side by side with anti-racist initiatives and learn about the reality of racism in America, but many choose to ignore it,” Lynch says. “That is part of white privilege—having these choices. There is an element of cognitive dissonance that every white person experiences, and the first step to becoming a true advocate for change is recognizing this.”

If you’re still wondering if this issue is right for your brand to speak about, you might want to consider what’s stopping you. “If speaking out about Black Lives Matter runs completely counter to your mission as an organization, then by all means, stay quiet,” Lynch says. “But you need to reevaluate your mission.”

Cultivating impactful change goes beyond mere public words—it’s a call to action, especially in the workplace itself where brands can have the greatest impact.

Leaders need to open themselves up to honest conversations with their employees. Internal change goes hand-in-hand with public support. After all, the workplace is often an individual’s last chance to receive formal diversity and inclusion training.

“Creating a company culture where racism is not accepted in any form creates a space where your employees will adopt these values. At the end of the day, if you don’t conform to your company’s culture, you risk losing your livelihood,” Lynch says.

Robinson echoes this sentiment, adding that many organizations are in “step one” of tackling racism at the corporate level, which is through unconscious bias training. “It’s great that so many organizations have taken this step, but we’ve collectively been in ‘step one’ for too long.” She says it’s time to take this process further and have real, uncomfortable dialogue on anti-Black racism with actionable steps to create workplaces that are equitable and welcoming for all.

Even if you believe your company does a good job with diversity and inclusion, both internally and externally, there is always room to do better. The best way for a brand to be more inclusive is to truly listen to your employees and customers in a more Socratic way, deliver your message (even though it may be difficult) in an honest and clear voice, and then create a system of accountability improvement.

It all starts with not staying silent.