Linguistic Agita and Other Tales of Verbal Woe 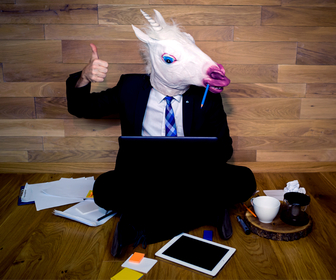 At some point in the year 2000, after we all recovered from the Y2K trauma, Jennifer Lopez’s fans started calling her “J. Lo” and the new moniker was born. Soon the actress/dancer/singer was naming new albums with her shorter, sassier name. And why not? It took seconds back in the day of a Jennifer Lopez fan…. after all, why be forced to utter 5 syllables when 2 will do?

But it didn’t stop there. In 2002 when J Lo started seeing Ben Affleck ankyloglossia-afflicted fans were once again unable to utter both names and instead settled on the Bennifer moniker to address the celebrity two-some.

Developing a portmanteau is not a novel concept. As far back as 1896, readers of Punch magazine were thrilled by the concept of “brunch,” or the combination of breakfast and lunch, which was described to be a later meal ideal for Saturday’s late-night revelers by the satiric publication best known for its wood-carved cartoons.

Today, we are surrounded by portmanteau from Brexit (Britain + Exit), to Brony (Bro + <My Little> Pony), to Muppet (Marionette + Puppet), to Mansplaining (Man + Explaining), even to Prissy (Prim + Fussy) and to Punny (Pun + Funny). Lest you think Marketing has a dearth of double-barreled appellations, never fear for we have discovered the advertorial, advertainment and of course, the ever-lovable telemarketer.

But today, I wish to discuss a new noxious idiom I was recently forced to endure: MarOps.

To fully understand my ire, we need to first understand the root of this abomination. DevOps is the modern software development process that married software development (Dev) with IT operations (Ops). It is a practice fundamentally designed to accelerate the development process by shortening development lifecycles so that features, fixes and updates can be updated frequently and in close alignment with business objectives. Thanks to DevOps, IT teams adhere to practices like automated build and test, continuous integration and continuous delivery as their guiding lights.

For the DevOps engineer or team, the goals of this mindset adoption stems from a push towards improved deployment, increased frequency of updates/innovation, accelerating time to market, lowering failure rates, shortening lead time between fixes and closing the gap between incident and recovery. But over time, DevOps has become a movement more than a mindset.

Interestingly, as DevOps picked up speed, so did the “precious” nature of the DevOps engineer. Don’t believe me… go into a gaggle of DevOps folks and ask them if they are running with a unicorn or stuck with a horse. Trust me… it IS a thing and you WILL walk away understanding why I use the term “precious” in the same way my Great-Aunt Francis used to use the word “fancy” to camouflage her displeasure.

In an article published on DevOps.com, it is explained that DevOps demands interdepartmental communication which must be fostered by a reinvented form of teambuilding that is less about trust-falls and formalized complaint channels and more about (brace yourselves) board games.  And I don’t mean board games like Monopoly folks… I’m talking Dungeons and Dragon game nights that allow DevOps teams to socialize, communicate and find common ground in the comfort of dice-rolling and pizza. This, says the author, will break down the walls that traditional teambuilding fails to address… it allows communication to grow over common ground so the next time an idea is floated, instead of eye rolls and slack-mocking, teams reminisce about that time they faced an orc together.

This is the nonsense that makes me dread the introduction of the MarOps mindset. There is no doubt that the cultural mindset across the marketing organization must change. And change isn’t just about cheering louder at the all-hands or posting “I’m so lucky to work at this unicorn” photos on Insta. So what SHOULD Marketing replicate from our DevOps corporate cousins? I’d propose starting with the goals of DevOp improvements and yield:

So much of what we are talking about here is already in the works for marketers adopting agile as a cultural guideline. This ideal of a DevOps mindset takes agile and adds a sprinkle of feelings and communication into the rainbow. Transforming cultures to quickly embrace the customer and even more quickly deliver value is an excellent direction for the future. But please, can’t we find a better name for it than MarOps? Maybe we can just go back to calling it Marketing. Even J. Lo likes being called Jennifer every now and then.